“Force Field Analysis is typically used in the change management context. It can be adapted for risk identification by identifying driving forces (“forces for change”) and restraining forces (“forces against change”) which currently affect achievement of a project objective. Risks can then be identified as uncertain events or conditions which would lead to a change in the strength of one or more of the identified forces.

Force Field Analysis was created by Kurt Lewin in the 1940s. Lewin originally used the tool in his work as a social psychologist. What Lewin believed was that any state of equilibrium or level of performance was the result of a combination of driving and restraining forces at work. Driving forces represent those forces that encourage change in some way.

Today, however, Force Field Analysis is also used in business, for making and communicating go/no-go decisions.

Force Field Analysis is a useful decision-making technique. It helps you make a decision by analyzing the forces for and against a change, and it helps you communicate the reasoning behind your decision. You use the tool by listing all of the factors (forces) for and against your decision or change. Then score each factor based on its influence, and add up the scores for and against change to find out which of these wins. You can then use it for two purposes: to decide whether to go ahead with the change; and to increase your chances of success, by strengthening the forces supporting change and weakening those against it.

Steps to be followed:

1) Determine the desired condition. What is the desired situation that would be worth working toward? Be as specific and clear as possible. The fundamental is that anything that will draw the organization closer to its ideal situation is good. On the other hand, anything that distracts from achieving that situation is bad. Thus, clearly establishing the desired state is important since all analysis will be conducted in that context.

2) Identifying the Driving Forces. Project team members should conduct an environmental analysis to determine what external forces could expedite arriving at the desired state and what the relative strength of these forces is. Place these driving forces on the chart on the Force Field Analysis diagram as labeled arrows with the length of the arrow reflecting the relative strength of each force.

3) Identifying the Restraining Forces. Similarly, the situation must be reviewed to ascertain the external forces that could have a negative impact on our ability to achieve the desired state. Those forces that would slow the journey to that state or that would make it more expensive or challenging to achieve should be documented. Represent these forces on the diagram as you did those for the driving forces.

4) Developing the Comprehensive Change Strategy. Outcomes of the discussions on Driving Forces and Restraining Forces are ultimately documented on a force field chart.

The diagram created in steps two to four reflect what could be called a state of quasi-stationary equilibrium. Although this is a relatively stable state, movement can be achieved altering the factors currently contributing to this equilibrium. Change can occur as a result of any combination of the following:

– strengthening any of the driving forces

– removing or reducing any of the restraining forces

2) The resource requirements for force field analysis diagrams are extremely limited i.e blank sheet of paper or whiteboard can be used.

2) Usually only applied to a single objective, so does not provide whole-project view.

3) It can be quite subjective. If you’re making an important decision, use it alongside other decision making tools.

2) Clear definition of the desired condition for the project or issue at hand.

An example of force field diagram is shown below where you’re planning to install new manufacturing equipment in your factory. You might draw up a Force Field Analysis like the one in Figure below:

Once you’ve done your Force Field Analysis, you can use it in two ways:

To decide whether or not to move forward with the decision or change.
To think about how you can strengthen the forces that supports the change and weakens the forces opposing it, so that the change is more successful.

If you had to implement the project in the example above, the analysis might suggest a number of changes that you could make to the initial plan. For instance, you could provide training to staff to minimize fear of technology, supervisor encouragement to show staff that change is necessary for business survival, raise wages to reflect new productivity, install slightly different machines with filters that eliminate pollution.

Now this constant interaction between driving and restraining forces produces what is known as equilibrium. These changes would swing the balance from 11:10 (against the plan), to 14:7 or 13:8 (in favor of the plan).

Change of course isn’t a guarantee. But organizations today operate in environments that require them to be nimble. That requires them to be able to leverage opportunities in the market. Unfortunately, it’s difficult to do those things if your workforce is set on maintain the status quo. So by using techniques such as Lewin’s force field analysis, organizations can better implement change and increase their chances of success. 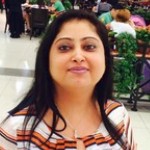 Hello! I just would like to give a huge thumbs up for the wonderful information you have here on this post. I‘ll be coming back to your site for more shortly.